7 Top Takeaways from All Things Open 2021

Last week, representatives from the TSG Managed Solutions team attended the All Things Open 2021 Conference in Raleigh, N.C. This is a polyglot technology conference centering on the tools, processes, and people fueling open source. This year, the conference theme was diversity and inclusion, which aligns well with TSG’s dedication to cultivate a company culture where everyone feels like they belong. 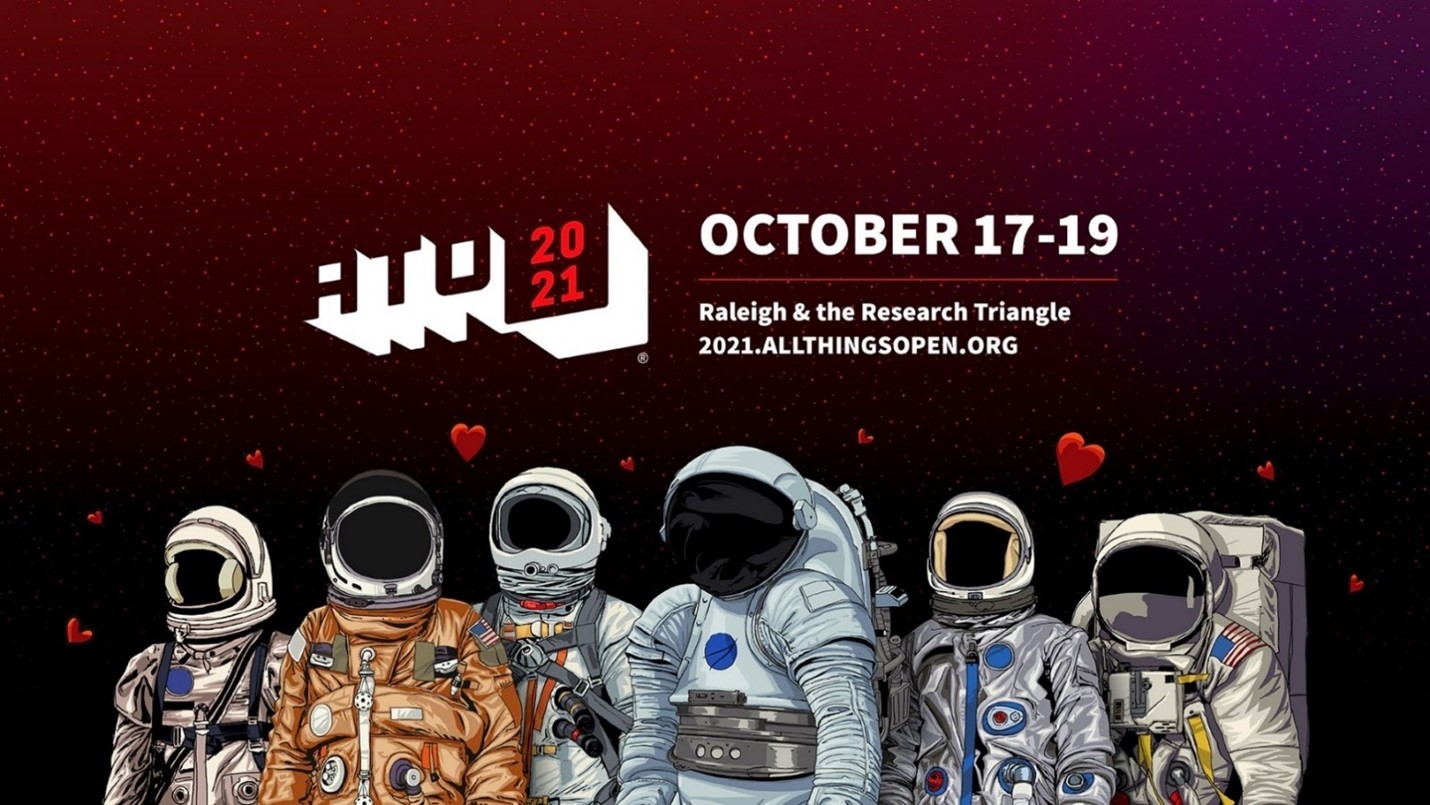 Below are some key takeaways from the event.

The focus on open-source software creates flexibility and access to innovation. Previously, the industry perception was that utilizing open source was simply an attempt to lower cost. However, that perception has changed in recent years, and the benefits have since accelerated. In the two most prevalent emerging tech areas, edge computing/IoT and artificial intelligence/machine learning (AI/ML), the use of enterprise open source will outpace proprietary software significantly, demonstrating the importance of the approach to software development.

Open-source software is a pervasive part of a modern IT infrastructure and is on track to significantly increase in the next decade. Below are some staggering statistics from the session.

Top areas where open-source innovation is happening today for the modern Enterprise:

There’s no doubt that cloud infrastructure based on containers and Kubernetes is the foundation of a new wave of application development. Kubernetes is to cloud what IP was to the network, and Linux was to the Operating System. As a result, Kubernetes has become the de-facto standard for open innovation across all market verticals and solutions.

In fact, according to the session, an incredible 50% of the code base of Kubernetes has changed in the past 12 months as innovation and participation continue to increase. Industry experts believe this trend will continue and likely accelerate for many years.

With the expectation of over 175 zettabytes accumulating in just four short years from today, there will be ten times more data in existence in 2025 than there was in 2016, according to the session. For some perspective, 175 zettabytes are equivalent to 175 trillion USB sticks, each with 1G of capacity. As a result, Data Management and the value associated with driving decisions from this data will become increasingly critical in the next few years. In fact, there is so much data that humans can no longer leverage the data to make informed decisions. In order to derive value from the data, the need for Machine Learning and Artificial Intelligence is evident.

In previous years, it was believed that software would eat the world. Now, as automation and intelligence are required to deal with the increased complexity and scale of the amount of data in the world, the new belief is Artificial Intelligence software will eat the world.

The role of Enterprise open-source software security and risk mitigation continues to improve, yet it remains a top concern. It’s encouraging to see the number of IT leaders highlighting safety, code quality, and trusted sourcing while maintaining an increased level of trust in open-source systems. More broadly, the emphasis on security and risk is because attacks are becoming more frequent and threaten both open-source and more traditional proprietary software.

While open source already plays a vital role in most organizations, the challenges remain essentially unchanged in recent years. These challenges consist of concerns regarding the level of support, compatibility, code security, and lack of internal skills. However, leaders are also concerned due to complaints about the software, especially in fast-moving technology areas. In any case, leaders highlight the importance of trusted software supply chains, technology partners, and keeping a workforce mobilized with current skills.

Furthermore, open-source software, which has predominantly been a “developer-first” approach to help ease the burden of developers, is undergoing a cultural shift and new direction. Given the scale and complexity of managing these highly complex systems, we are moving towards an “operations first” approach to software development, which serves as a fundamental shift in the approach to modernization.

The focus of open-source software is on a workforce built for flexibility and quick access to critical skillsets. The current challenges for enterprises to attract and retain talent requires significant investment while also modernizing the infrastructure. Complexity compounds when managing many locations of a modern workforce and scaling up for specific projects and skillsets are involved.

TSG is well-positioned to support the transition to a more open-source innovation model while allowing flexibility in your skilled workforce.

Benefits to an open and flexible workforce: